A Companion Guide to Dory Horde: Dawn of the Jaguar

The Dory Horde is a series of stories about a family in which we hear about both the joys and challenges of family relationships.

In Dory Horde: The Gilded Dragon (Book One), the stories focus on the gifts of inheritance: not only monetary but “energetic” as each of the Dory children discover their personal powers.

In Dory Horde: Dawn of the Jaguar (Book Two), the children explore the challenges of inheritance. They see the cost of power and how mistakes and choices can move through the generations. Like with the first book, the remedy is to restore integrity and wholeness — and for the individual to be welcomed and included into the family.

We wanted to continue the backdrop of the Americas for this second collection and move further south from where the first book ended in Columbia. And since Peru was the main location of the ancient Inca Empire, the largest collective empire of the Americas, we saw an opportunity to learn more about an important period in history that isn’t well-known in many elementary schools. In Book One, we took up a common indigenous view of the natural world and its resources — that people do not “own” the natural world but can be stewards and caretakers of the water and land and air. In Book Two, we investigate an indigenous vision of time — the past, present, and future — and learn that the Incan understanding and experience of time was very different than how most modern American children experience time.

In Book One, the focus was very much on the material world: the water, the earth and its metals, and the whole concept of “resources.” We learned that the Tagish people of modern day Yukon Territory (as well as the indigenous people of eastern Washington, of northern California, of central New Mexico, and of northern Columbia) see these “resources” more like members of a family and that people are bound to care for the natural world, not to “own” it.

In Book Two, we learn about the Incan relationship to time and how past, present, and future can be experienced as places; the different pachas. And similar to approaching the indigenous understanding of “resources,” we learn to appreciate the value of time — that our past is still with us, and the future is here to help us make better choices. We learn from the Inca the value of caring for our past and future with the same sense of responsibility as we care for the earth.

We appreciate how the landscape has informed life in Peru — the difference between living on the shores of Lake Titicaca and in the mountains overlooked by the apus (or Incan mountain spirits). The Dory children experience how integrated the ancient architecture of the Inca Empire remains in modern Peru, outside of the big cities, and how tourists from around the world come to Peru to see the mountains and Inca “ruins” like those of Machu Picchu.

Jaguar Island is not a real place but a composite of several Peruvian and Bolivian islands in Lake Titicaca. The story needed a few things in place in order for certain characters and information to be introduced, so we imagined Jaguar Island and the “Wasidorio” or Dory House. Though the architecture of the house was imagined, there was a botanical research facility on one of the islands that was the house’s inspiration.

Quechua is a group of languages spoken by the Quechuan people, or native people of Peru, parts of Bolivia, Columbia, and Ecuador. It was the central language spoken by the Inca Empire and about 25% of all Peruvians speak it to this day.

What I knew about the Inca Empire and what initially attracted me to learn more was that it was the last stand of the great pre-columbian American Empires that were attacked and colonized primarily by the Spanish. I knew a little about the protective nature of the apus (or spirits of the mountains) and wanted to learn more about Andean shamanism. It wasn’t long before the Incan understanding of time and the three different pachas or locations of time fascinated me: that the past, present, and future each had different physical locations that were all existing in the present moment. This lined up with my personal investigation of “present moment”-focused spiritual practices. My beginner’s appreciation of the Incan model gave me great inspiration and reassurance. The shamanic understanding of animals was also fascinating to me — especially how the “dark” side of life was consciously integrated. This belief that the sun actually plunged down into the earth at night honored that the unseen darkness of life was as important as the parts we see. My interpretation was that this model appreciates and even celebrates that we all have dark sides: we make mistakes, we have shortcomings and fears and worry and remorse — and that we must learn to bring these things into the light rather than keep them hidden. I think that is healthy and consistent with so many Sparkle Stories — we learn from our mistakes and feelings are here to be felt, not to be tucked away.

Japanese Peruvians constitute just under 2% of the population of Peru, but the community has had a significant impact on Peruvian culture — especially with food. Peru was the first South American country to establish diplomatic relations and accept immigration from Japan. When researching modern culture in Peru, I noticed regular references to Japanese Peruvians. There are several Peruvian leaders and politicians of Japanese descent.

We got some of the initial information wrong, and it interrupted the flow of the story for some of our listeners. These errors get in the way of the pedagogical themes of the stories, and we did not want that. We realized that getting the cultural details right and opening our view to include topics that might be sensitive to certain groups has helped us. We have put a more rigorous protocol in place to support editorial, and to prevent cultural misappropriation.

We’re grateful for the ways our Sparkle community helps us to refine our story-creation process. If you have input, concerns, suggestions, or questions about anything you hear in our stories, please reach out to us and let us know!

David Sewell McCann fell in love with spinning stories in first grade – the day a storyteller came to his class and captured his mind and imagination. He has been engaged in storytelling all of his adult life through painting, film-making, teaching and performing. Out of his experience as a Waldorf elementary class teacher and parent, he has developed a four step method of intuitive storytelling, which he now shares through workshops and through this website. 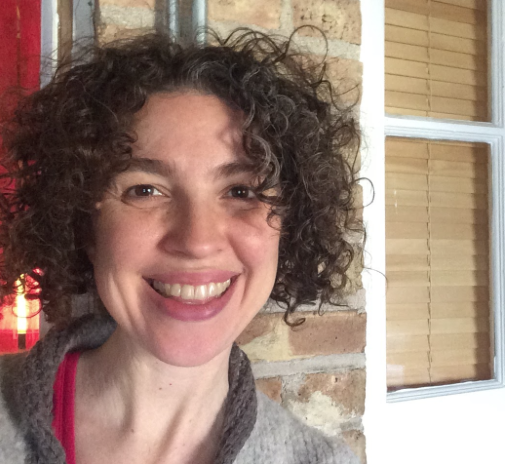 Ann is a writer, editor, homeschooling mother, voracious reader, full-fat baker, and musician. She lives in Chicago with her husband and two daughters and chronicles the journey at Boyds’ Nest News.