In this Martin & Sylvia: Nature School story "Impressions" As Sylvia and her friend Sofia spend some time considering the important people they’ve been learning about —such as Martin Luther King, Jr. and Malala — they make a surprise connection between these heroes and the fallen leaves they find in the ice.

We are joined by Dawn of Mud Puddles to Meteors who shares with us an ice melting experiment.

The other day when hiking along a creek we came across an area of ice that had lots of leaves, pine needles, and alder cones that had melted the ice underneath to make an impression. This led to a discussion about why that had happened and theories were tossed around. Finally the idea that darker things absorb heat was given and we observed how the darker things, like the alder cones and dark leaves, had made deeper impressions than the lighter colored leaves that had already begun to decompose.
Of course we had no idea which of these objects fell to the ice first and just how long they had been there; so a few days later we came up with a little experiment to test this theory.

– Ice (cubes or disks – made in muffin tins)

– Bits of nature found around your yard

– A dish or light colored towel to hold the ice

– A bit of curiosity

What is going on here? Why do dark objects get warm?

This is why it is better to wear darker clothes when venturing out on a cold winter day and lighter clothes on those hot, steamy days of summer. 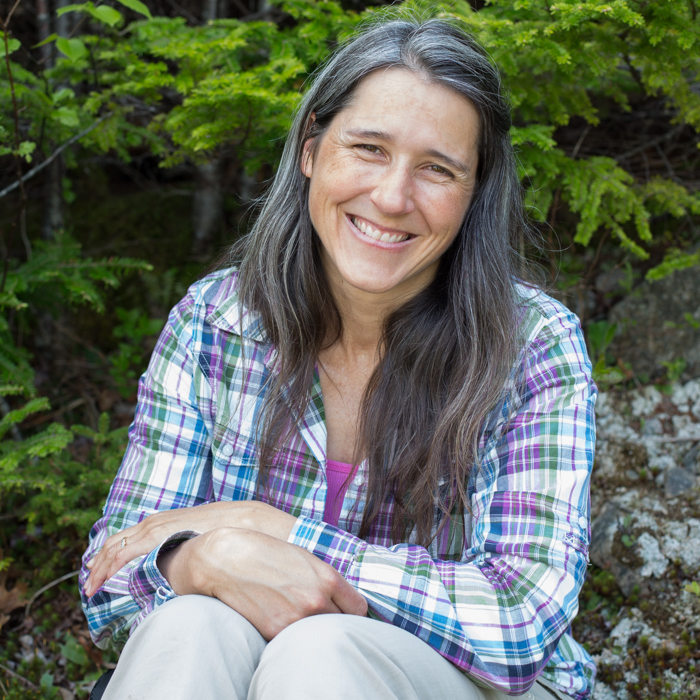 Dawn Suzette Smith is a self-taught naturalist and trained educator. For the past 15 years she has worked to promote children's connections with nature as well as outdoor pursuits for both physical and mental health. Her writing and photography have been featured in various print and online magazines and books and in exhibits with the National Park Service. Dawn currently homeschools two curious nature lovers and leads nature walks year-round to help families connect with nature through child-led nature study in the wild forests and along the rugged coastline of Nova Scotia, Canada. Along with Annie Riechmann, she is also the author of the upcoming Whatever the Weather: Science Experiments and Art Activities That Explore the Wonders of Weather (Roost, 2016). You can find her work at Mud Puddles to Meteors, a blog dedicated to finding nature in the well traveled corners of everyday life, and a landing place for nature loving families raising kids to explore the world around them with a spirit of discovery and a love of science.